There were a group of people based in Studio Awkward.

A while ago, Ruth drew shit portraits™ of us all, and put them in a frame on the wall.

This lab involved replacing our eyes with LEDs that glow when we are in the studio.

The LEDs are a strip of Adafruit Dotstar APA102 lights. We cut the strip into individual lights, and soldered them together with wires so that they could be placed behind each picture.

The lights are controlled by a Raspberry Pi. The Pi runs two scripts:

Full setup notes are on Github 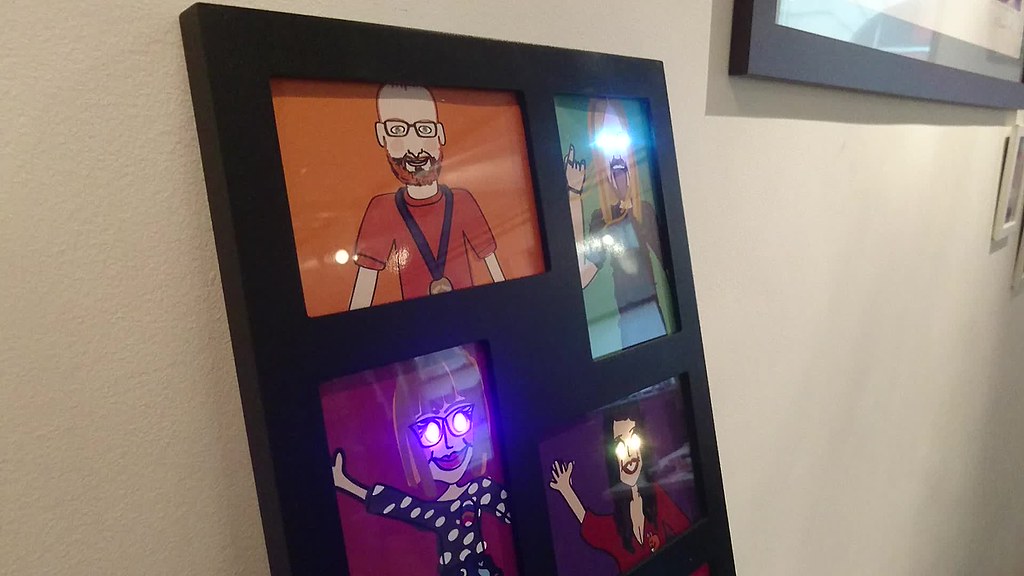